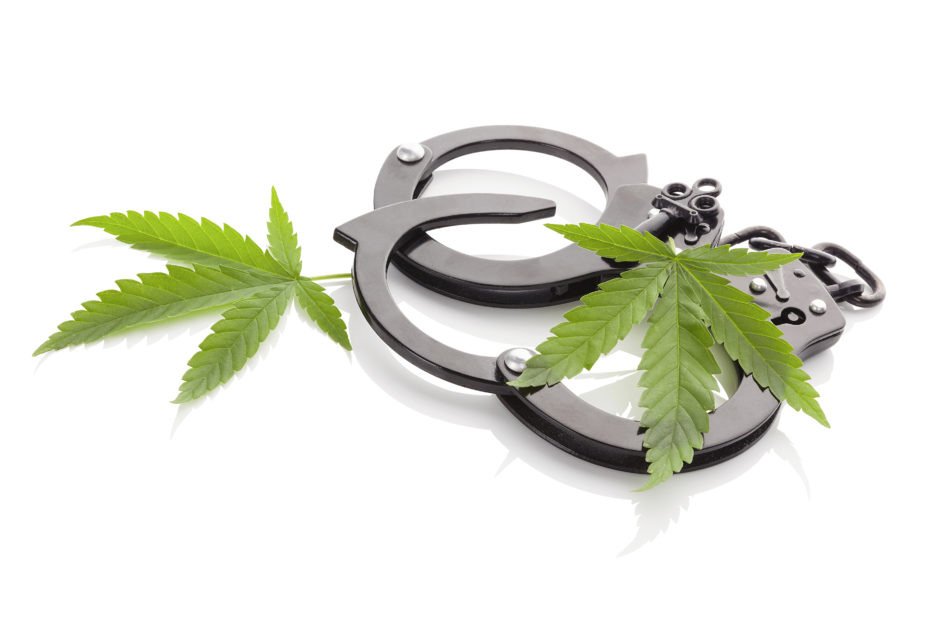 On the frigid winter night of January 20, 2019, Minnesota State Patrol troopers entered the home of Jason Loveless, a 42-year-old resident of Brainerd, Minnesota. While mundane, this arrest in the town a little over two hours north of the Twin Cities would impact laws and cannabis reform efforts more than any arrest in this state in nearly 50 years.

When officers returned to Loveless’s home later that evening, they found “approximately three pounds of a leafy plant material, which field-tested positive for marijuana,” according to court records. Also found were 89 vaporizer cartridges containing “an amber-colored liquid.”

Loveless was charged with two counts of fifth-degree controlled-substance one for the plant material and the other for the vaporizer cartridges. Loveless faced a sentence of up to ten years in prison if convicted on each count.

Before being brought to court on these counts, the Minnesota Bureau of Criminal Apprehension (BCA) examined each of the alleged drugs using their conventional methods for analyzing alleged illegal cannabis and cannabis-derived materials.

The plant material was examined using a macroscopic method; meaning that a BCA scientist “looked at it on my desk to see what it looked like.” (A quote taken directly from the Court’s opinion) Needing more information, the scientist then performed a microscopic examination where she “used a microscope and look[ed] at very fine detail.” Finally, the scientist completed a gas chromatography analysis to show that the plant was, in fact, “marijuana.”

The BCA scientist also completed a gas chromatography analysis on the cartridges to show the presence of tetrahydrocannabinols, or THC. She further noted that “no marijuana was identified” because “she did not observe any apparent plant material.”

No analysis was completed on either substance that showed the concentration of THC.

In February of 2020, after Loveless defended himself to explain that he “had no knowledge of those items being” in his home, the jury was instructed that the state was required to prove that “the defendant possessed marijuana.” The judge did not define this word to the jury.

When referencing the other count, the judge instructed the jury to find if “the defendant possessed with intent to sell one or more of the mixtures containing tetrahydrocannabinol.” Like with “marijuana,” no definition of this word would be given to the jury.

Loveless was found guilty on both counts.

How could it be that in a year when over 7,000 acres of legal cannabis plants were grown in Minnesota, no mention was made in court of the possibility of this being a legal product?

In all the tests conducted, both at Loveless’s house and the BCA lab, law enforcement never determined the concentration of THC in either substance. For all officers knew, these were legal products that one could buy at any smoke shop.

Regardless, Loveless was arrested, charged, and found guilty on both charges. Loveless appealed the conviction, alleging that the state did not prove beyond a reasonable doubt that the plant materials and vape cartridges that he possessed were controlled substances.

Under Minnesota law at the time of his appeal, each of those products would be considered legal and allowable to be sold so long as they had a concentration lower than 0.3% Delta-9 THC.

The court considered Loveless’s appeal, examining the definition of “marijuana” in state statutes. The definition explicitly excludes hemp from the definition of a controlled substance. Hemp is defined as “the plant Cannabis sativa L. and any part of the plant, whether growing or not, including the plant’s seeds, and all of the plant’s derivatives, extracts, cannabinoids, isomers, acids, salts, and salts of isomers, whether growing or not, with a delta-9 tetrahydrocannabinol concentration of not more than 0.3 percent on a dry weight basis.” (Sec. 18K.02, Subd 3)

The court found that “without having determined [the concentration of Delta-9 THC], the forensic scientists did not have an adequate basis from which to conclude that the leafy plant material is marijuana rather than hemp.”

Without any circumstantial evidence to identify this as “marijuana” instead of hemp, the state’s evidence was insufficient to support the conviction.

Next, the court turns towards the vape cartridges. The court found that unlike the definition of “marijuana” in state statutes, which excludes hemp explicitly, the definition of tetrahydrocannabinols did not. No legal exemption was made for mixtures containing less than 0.3% Delta-9 THC. Under this interpretation, any liquid containing any amounts of THC was illegal. The conviction regarding the vape cartridges “containing tetrahydrocannabinols” was upheld in September of 2021.

The Minnesota Board of Pharmacy released a report in early December, just a few weeks after the ruling, clarifying guidance around substances derived from hemp. The Loveless decision had changed everything, and the regulatory agency responsible for overseeing this side of the industry was ready to step in.

The report concluded that “the sale of products containing cannabinoids or tetrahydrocannabinols” remains illegal in Minnesota. That means that a substance containing ANY cannabinoids was not allowed for sale in Minnesota. (The only exception to this provision was for the two state’s medical cannabis producers, Green Goods, owned by multistate operator Vireo, and LeafLine, recently acquired by multistate operator GTI.)

From this report, many commonly sold CBD products such as tinctures, edibles, and topicals used by Minnesotans from all walks of life became illegal.

The report also clarifies that Delta-8 THC, despite its ubiquitous nature in Minnesota today, is, in fact, a controlled substance and therefore illegal for sale or possession, despite levels of Delta-9 THC.

The report itself points out the number of problems to result from the Loveless decision, including the fact that even seemingly legal CBD products contain “at least trace amounts of tetrahydrocannabinols, they would appear to be Schedule I controlled substances.” The CBD balm used by your grandmother? The CBD tincture your uncle adds to his coffee? The CBD gummies that your brother takes? All Schedule I controlled substances.

The Board of Pharmacy concluded their report with several recommendations on how to get us out of this quagmire. Hundreds of growers and processors who manage legal and regulated businesses saw that legal status slip away over the span of weeks.

In the days and weeks that followed the Court decision, several cannabis retailers and producers throughout the state began to receive cease-and-desist letters. Jeff Brinkman, operator of Austin-based Superior Cannabis received one on November 15 calling for an end to the sale of all CBD edibles, “about 38% of our business.”

“It makes no sense at all,” said Steven Brown, CEO of Nothing But Hemp, another Minnesota-based cannabis business. “They can’t sell edibles, but they’re allowed to sell smokables, which could possibly give people health consequences in the future. Tinctures may be considered ‘edibles.’ It’s unclear.” Nothing But Hemp announced that they have “decided to move its headquarters to Florida and will not renew its processing license with Minnesota.”

“Eighty-five percent of products on the shelves will have to be pulled,” wrote Brown. “This affects so many businesses. So many families. Our business will probably have to shut down in Minnesota if we don’t turn this around.”

The ball is now squarely located in the court of the Minnesota Legislature. While the Minnesota Supreme Court has agreed to review this case, the Board of Pharmacy and cannabis producers throughout the state are both recommending changes to state statutes, and with only a handful of days before the 2022 session begins, activists on all sides of the issue are gearing up to make their voices heard.

Could this be the catalyst for substantial reform of the state’s cannabis laws? Or will the gridlock in St. Paul between the GOP and DFL lead to another session without significant reform?

Only time will tell, but that’s time that many producers, cannabis reform advocates and retailers in Minnesota do not have.