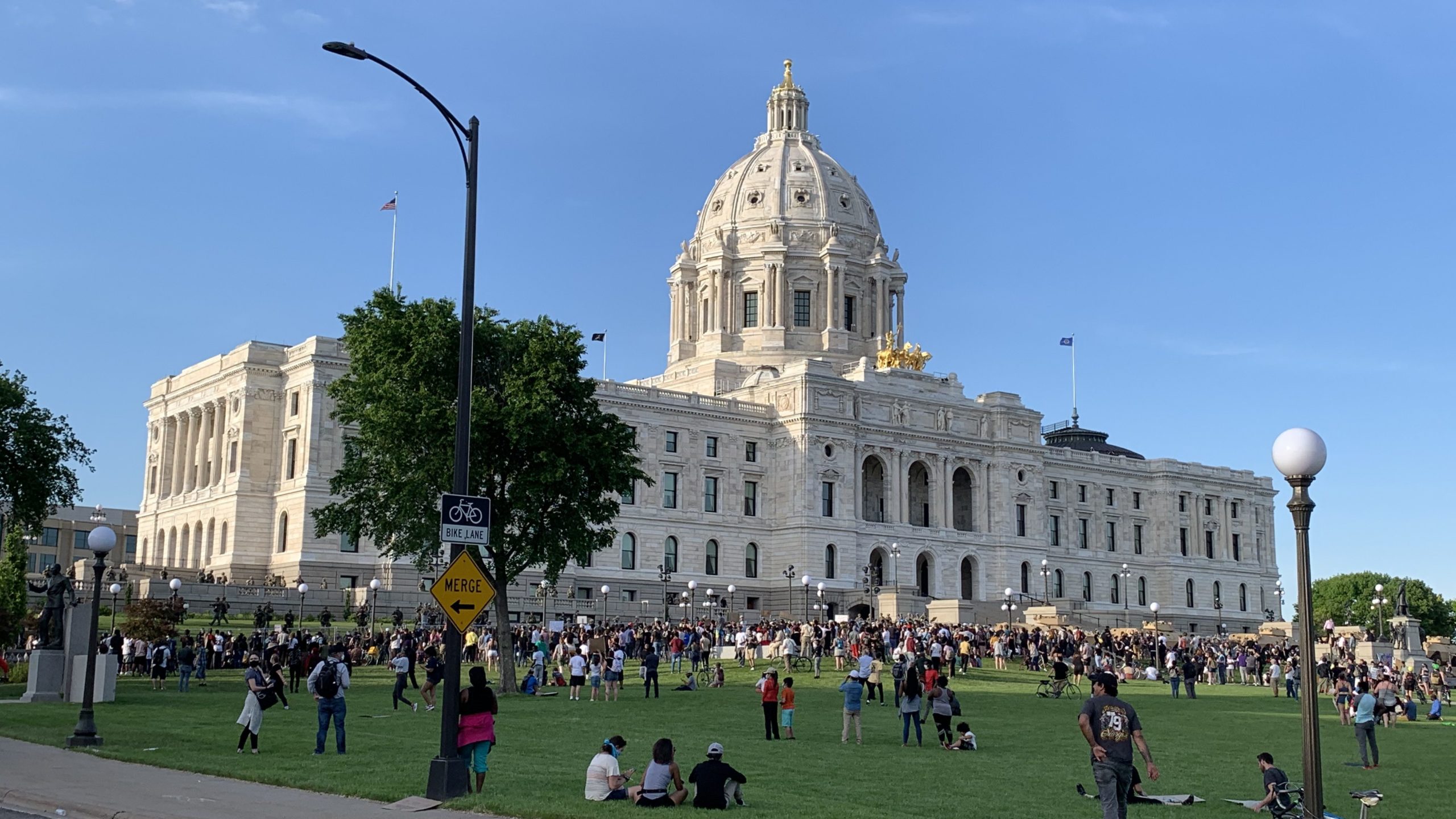 Lawmakers in Minnesota once again introduced legislation to legalize adult-use cannabis in the state.

“We are seeing in states across the country and even our neighbor in South Dakota that the issue of legalizing cannabis, creating a fair, regulated marketplace, and address the deep inequity in our criminal justice system is a mainstream, bipartisan, broadly supported issue,” said Rep Ryan Winkler (DFL-Golden Valley) at a press conference earlier today.

Flanked by two House Authors, Representative Rena Moran (DFL-St. Paul) and Jessica Hanson (DFL-Burnville), and the Senate author, Senator Melisa Franzen (DFL-Edina), Winkler explained that the legislation was needed. “We cannot continue [with criminalization] any further, and this bill is designed to address and stop that.”

While the legislation is similar to the one introduced last session, one major difference exists for the state: South Dakota’s decision to legalize adult-use cannabis. Like it or not, Minnesota will be sharing a domestic boarder with a state with legal cannabis, and to Rep. Winker, that’s just another reason to legalize.

“As South Dakota legalizes [adult-use], the ability for Minnesotans to drive across the border to get cannabis increases significantly,” explained Rep. Winkler. “If people are willing to drive to Wisconsin to go and buy fireworks, they certainly will drive to South Dakota to buy cannabis.”

Representative Rena Moran, a member of the House POCI (People of Color & Indigenous) Caucus, explained that this issue was especially important because of the systematic inequities in cannabis enforcement. “Minnesotans, especially those from Black, Indigenous, and communities of color who have been disproportionately impacted will have an opportunity to live better lives and contribute to society by participating in the workforce,” said Rep. Moran.

One of the bills authors, Rep. Jessica Hanson, is new to legislation making but not cannabis activism. Rep. Hanson previously working for the Minnesota Campaign for Full Legalization, talking to those throughout the state about the importance of cannabis policy reform. “As we traveled the state to talk to Minnesotans about full legalization,” Rep. Hanson explained, “rural, suburban, and urban communities emphasized the importance of establishing a well regulated, legal industry.”

The main author of the bill in the Senate, Sen. Melisa Franzen, was also an author legislation to legalize adult-use cannabis two years prior. “To too long we have turned a blind eye to the effects of prohibition has had on many of our communities of color,” Sen. Franzen said. “We should lead the way towards ensuring public health and safety considerations are on the forefront of any legislation.”

“The best thing we can do for both our public health and safety interest is to regulate and educate minnesotans to the effects of the use of cannabis and to create the necessary oversights and framework for it,” Sen. Franzen said.

Lead by House Majority Leader Ryan Winkler (DFL-Golden Valley), the bill would establish a craft-industry-focused cannabis market, nearly identical to the measure introduced at the tail end of the last legislative session.

The bill would establish an adult-use cannabis industry, including licensing retailers, cultivators, processors, and other cannabis-facing businesses. Adults 21 and older could possess up to 1.5 ounces of flower (or 8 grams of oil/800 mg of edibles) in public and up to 10 lbs in their homes. Minnesotans would also be eligible to grow up to eight plants in their homes (with no more than four flowering).

While the medical industry would be impacted, both Leafline Labs and Green Goods would continue providing medical cannabis products. The only difference? Others can apply for medical licenses, as well.

Last week during a press conference, Governor Tim Walz (DFL) told reporters that he favored legalizing cannabis for an additional revenue stream over legalizing sports betting. “I would still like legislators to take a look at recreational cannabis,” Walz said,
“[not just] because the revenue sources that are there that dwarf sports betting, but because of the equity issue and… the racial impact of our cannabis laws.”

While the measure is supported by Speaker Melissa Hortman (DFL-Brooklyn Park) in the House, it faces much stiffer opposition in the GOP-controlled Senate. Senate Majority Leader Paul Gazelka (R-Nisswa) is opposed to the idea, saying that he doesn’t “believe fully legalized marijuana is right for the state.”

In a statement given hours after the press conference, Sen. Gazelka said that he is “open to looking at additional medicinal uses and a conversation around drug sentencing,” but legalization is a non-starter. “We’re just starting to learn about legalization’s adverse effects in other states like Colorado and Washington.” Gazelka has long pointed to those states as examples of marijuana legalization has gone wrong. Legislators in those states disagree. “There is no reason to rush this in Minnesota without learning more,” Gakela said earlier today, now seven full years after adult-use sales began in Colorado. The sky has not fallen.

While some activists in the state have been calling for a constitutional amendment to bring about legal adult-use, this measure takes a more traditional legislative approach, avoiding a potential 2022 ballot measure.

Neighboring state South Dakota legalized both medical and adult-use cannabis through a ballot measure in 2020. While legislators continue to work out their program’s details, the initiative’s passage could add pressure on Senate leadership in Minnesota.

Regardless of if the bill moves forward in the Senate, it is sure to be but one of many cannabis-related measures introduced this session. Representative Jeremy Munson (R-Lake Crystal) introduced House File 435 last week, a proposal that would restore firearm rights to anyone enrolled in the medical cannabis program.

Last legislative session, several medical reform provisions were passed by the House, such as allowing raw cannabis flower for patients. These measures did not pass through the Republican-controlled Senate.

While the legislative bodies have not changed hands since the last time this bill was introduced, activist have high hopes for the bill’s passage. Michael Ford, executive director of MN NORML, posted on Facebook that “It will be on each of us to reach out to our legislators in the Senate to let them know that Minnesota is ready for legalization.”

The bill is anticipated to get a number of hearings in the House (and potentially the Senate) within the coming weeks.

The entire press conference can be viewed on Rep. Winkler’s Facebook Page.